Heels & Horsepower Was A Hit!

April 28th at River Oaks District we kicked off the start of what is to become a movement not only in Houston, but other cities starting with Dallas. 30 ladies from around Houston rolled into River Oaks District with both their cars and themselves dressed to impress. Some polished up their cars themselves, others had their "car boy" handle that while others had their supporting husbands who met them up at the district, often with their own supercars and broke out the polishin 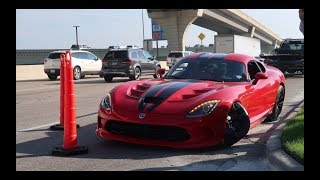 Yes, a GIRL aka "Chic" driven Bugatti exist. Ha! At the recent Coffee and Cars December 2nd, we showed off our girl the 2012 Bugatti Veyron Vitesse from Bugatti Houston. As you can imagine, she was the star of the show. Check out some of the videos from the show posted by Houston car fans. #Bugatti #Veyron #Chiron #BugattiHouston #CoffeeandCars
bottom of page